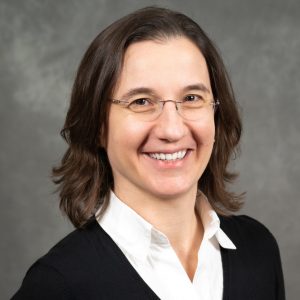 The Pehar’s lab research program focuses on elucidating the molecular mechanisms leading to neuronal degeneration in aging and pathological conditions, in particular Alzheimer’s disease (AD) and Amyotrophic Lateral Sclerosis (ALS). Our primary research goal is to understand the mechanisms of astrocyte-mediated neurotoxicity, with emphasis in the role of neurotrophin signaling. Neurotrophins have the ability to promote either survival or death, depending on the cell type considered and physiological context. During aging and pathological conditions, the increased production or decreased clearance of free radicals leads to oxidative stress and post-translational modification of signaling proteins, including neurotrophins. Our group identified a new mechanism by which the ability of neurotrophins to induce cell death is regulated by post-translational oxidative modifications. Post-translational modified neurotrophins induce neuronal death and affect the communication between neurons and other cells of the nervous system, including astrocytes.
Astrocytes are essential for proper neuronal function and altered crosstalk between astrocytes and neurons has a pivotal role in the progression of neurodegenerative processes. When exposed to oxidants or pro-inflammatory stimuli, astrocytes adopt a reactive phenotype and secrete diffusible factors to actively induce neuronal death. We showed that in an ALS cell culture model, reactive astrocytes or astrocytes expressing an ALS-linked mutant protein (hSOD1G93A) induce the death of motor neurons by a mechanism involving the secretion of the neurotrophin nerve growth factor (NGF) and p75 neurotrophin receptor (p75NTR) activation in motor neurons. We also showed that in the oxidative environment associated with neurodegenerative diseases, NGF could be target of nitration and glycation. These post-translational modifications confer upon the neurotrophin the exceptional ability to induce motor neuron death at physiological concentrations (10,000-fold lower compared to that required by native NGF). This stands as the first demonstration of a mature neurotrophin eliciting cell death in culture at physiologically relevant concentrations. Additionally, we identified RAGE, the receptor for advance glycation end products, as a new co-receptor of p75NTR required for the induction of cell death by post-translational modified-NGF. In principle, post-translational oxidative modifications may have no direct effect, lead to a loss of function or induce a gain of function in a protein. In the case of a gain of function, the increase in activity or the appearance of a new function could allow a small fraction of the modified protein to have a significant biological effect. After nitration or glycation NGF gains a toxic function that seems to be mediated by the ability of post-translational modified-NGF to oligomerize and signal through p75NTR and RAGE. The occurrence of nitrated- or glycated-NGF in pathological conditions offers a new mechanism by which NGF activity is switched to promote cell death. On the aforementioned context, our research program currently focuses on the following projects: