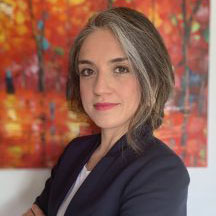 Genome-wide association studies provide increasing evidence of linkage between common genetic variants and complex disease susceptibility. However, the biggest challenge remains to determine the functional impact of these genetic variations on human physiology and disease. Most of the variants are human specific, limiting functional studies in animal models. My scientific interest is directed at using human pluripotent stem cells and genetic techniques to understand how common genetic variations among individuals, including those in non-coding portions of the genome, contribute to human diseases.

My lab is currently working on elucidating the biology and diversity of the 9p21.3 locus. This portion of the genome is found only in humans and has been linked to risk for different types of diseases. A 60 Kb haplotype within the 9p21.3, harboring ~100 SNPs in linkage disequilibrium, is the most influential genetic risk factor for coronary artery disease (CAD). Downstream, a smaller haplotype has been linked to susceptibility to Type 2 Diabetes. Interestingly, another smaller region upstream of the CAD haplotype harbors few SNPs linked to glioma risk. These data suggest that the 9p21.3 region controls genes involved in different disease processes, perhaps acting through similar cellular or molecular pathways in distinct cell types. The 9p21.3 region is mostly gene desert, with the CAD haplotype and the glioma-linked SNPs intersecting different intronic regions of the ANRIL gene, a lncRNA.

During my postdoctoral training, my research was focused on understanding how the 9p21.3 CAD region, and ANRIL, affect vascular cells. I used human induced pluripotent stem cells (iPSCs) and genome editing to study how this region affects vascular smooth muscle cells (VSMCs) biology. My research led to elucidating a new role for the 9p21 CAD region affecting VSMCs adhesion, contraction, and cell state maintenance, with specific ANRIL isoforms being the leading players.

To extend my studies on the 9p21.3 function, my lab intends to investigate deeper the gene regulatory networks driven by 9p21 CAD risk in VSMCs and other relevant cell types (i.e., vascular endothelial cells and macrophages). Our goal is to shed light on its role in CAD predisposition and investigate new molecular players exerting a pivotal role in vascular homeostasis and maintenance, altered in pathological conditions.

One more critical aspect of my lab’s research is understanding ethnicity-based disease susceptibility — almost 80% of GWA studies (up to 2019) evaluate associations in European ancestry individuals. The second most covered ethnicity is Asian, with about 10% of the studies. The lack of diversity in genomic information limits our knowledge, from understanding the human genome’s basic biology to the clinic. Identifying possible variants linked to disease remains extremely difficult for ancestry groups underrepresented in current genomic datasets. My lab will evaluate ethnicity-based functional impacts of genetic variants to link structural genomic features to specific cellular functions and disease mechanisms. The 9p21.3 CAD risk locus is an excellent example of genetic variants diversity in different ethnicities, showing loss of linkage in the African population. We intend to investigate this diversity’s functional consequences, taking advantage of the diverse human genetics to understand new cellular mechanisms in vascular biology.

As previously mentioned, the 9p21 genomic locus has been linked to certain types of cancers, raising the interest in what confers cell-type specificity and disease susceptibility in this mysterious genomic region. To better investigate the 9p21 function, we intend to dissect how the portion containing the glioma-linked SNPs may affect glial cells. Our research will focus on studying the 9p21.3 role in glial and other neural cell types, using a functional genomics approach. We will elucidate new mechanisms explaining glioma susceptibility, using iPSC differentiation potential, genome editing, lineage tracing and transcriptomic. In the future, the research will extend to other portions of the human genome to understand how non-coding genomic regions and lncRNAs influence cell stability and de-differentiation and how they trigger disease mechanisms in CAD, cancer, and other pathological conditions.
Studying how common genetic variants functionally represent a risk for disease, how they affect specific cell types and how they exert a prominent role in particular populations will open a new avenue for determining individual risk, preventive medicine, and develop personalized approaches in diagnosis and treatment.