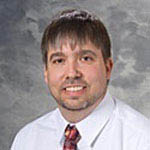 Tumors are often heterogeneous with respect to many features. My research focuses on identifying sources of heterogeneity and determining how such heterogeneity impacts prevention and treatment. Novel concepts are being tested with a unique experimental platform consisting of recently developed animal models and state-of-the-art imaging. The results could potentially shift current paradigms in cancer biology.

Do intestinal tumors arise from mutation(s) in a single somatic progenitor cell and its descendants? This fundamental question in cancer biology has actually been addressed by only a few studies over the past four decades (1-3). The consensus was that human colonic tumors are monoclonal until Novelli and colleagues demonstrated that the majority of early adenomas isolated from an XO/XY mosaic individual with familial adenomatous polyposis (FAP) have a polyclonal structure (4). A major criticism of this study was the inherent instability of the XO/XY karyotype; this concern was overcome in a study by Merritt and colleagues in which early adenomas were analyzed from C57BL/6J (B6) mice carrying the Min allele of Apc and chimeric for ROSA26 (R26), a ubiquitously expressed cell lineage marker (5). The majority of tumors in this mouse model of FAP were polyclonal. Thus, tumors that develop in the mammalian intestine may be derived from two or more populations of neoplastic cells, but this structure was largely concealed in earlier studies because it was undetectable with the technology of the time.

The high tumor multiplicity of the mice in the study of Merritt and colleagues made it difficult to eliminate the possibility that polyclonality arose by random collision of distinct initiated clones as opposed to some form of clonal interaction. My colleagues and I tested the random collision hypothesis by using Min mice that were also homozygous for the tumor suppression allele of Mom1. Despite the markedly reduced tumor multiplicity in these mice, the observed fraction of overtly polyclonal heterotypic adenomas was significantly higher than predicted by the random collision hypothesis (6).

These studies will rigorously test the long-held view that colonic tumors are derived from a single progenitor and progress to malignancy as mutations drive successive rounds of clonal expansion. A combination of newly developed mouse models, statistical analyses, and technologies will be employed. My R01 proposal focused on these studies of tumor polyclonality recently received an outstanding score (Priority Score 121; Percentile 0.9%). The results could profoundly change our understanding of tumorigenesis in the mammalian intestine. In 2000, Hanahan and Weinberg stated, “those researching the cancer problem will be practicing a dramatically different type of science than we have experienced over the past 25 years. Surely much of this change will be apparent at the technical level. But ultimately, the more fundamental change will be conceptual” (8). A deep understanding of this issue, the importance of clonal interactions for intestinal neoplasia, can impact the development of management strategies for this disease.