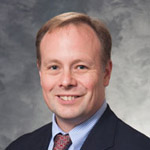 Our research is directed towards understanding host-pathogen interactions for human and simian immunodeficiency viruses. Current areas of investigation include mechanisms of lentiviral resistance to tetherin/BST-2, the role of killer-cell immunoglobulin-like receptor (KIR) and MHC class I interactions in regulating natural killer (NK) cell responses, and antibody-dependent cell-mediated cytotoxicity (ADCC) as a mechanism of protective immunity.

Tetherin (BST-2 or CD317) is an interferon-inducible transmembrane protein that interferes with the detachment of enveloped viruses from infected cells. We identified Nef as the viral gene product of SIV that counteracts restriction by tetherin in Old World monkeys, and found that this activity is dependent on a five amino acid sequence that is missing from the cytoplasmic domain of human tetherin (Jia & Serra-Moreno et al. PLoS Pathog. 2009. 19436700). The absence of sequences in human tetherin that confer susceptibility to Nef explains why this activity was ultimately acquired by the Vpu and Env proteins of HIV-1 and HIV-2, respectively. We also found that Vpu protects HIV-1 infected cells from ADCC as a function of its ability to counteract tetherin (Arias et al. PNAS. 2015. 24733916). These results suggest that tetherin serves as a link between innate and adaptive immunity to enhance the susceptibility of virus-infected cells to antibodies and that the antiviral activity of tetherin in vivo may be much greater than previously appreciated based on its capacity to inhibit virus release in cell culture assays. More recently, we reported that tetherin is highly polymorphic in the rhesus macaque (Janaka et al. J. Virol. 2018. 30135127) and that the loss of tetherin antagonism by Nef impairs SIV replication in rhesus macaques (Tavakoli-Tameh et al. PLoS Pathog. 2020. 32302364).

Natural killer (NK) cells recognize and kill virus-infected cells and tumors without prior antigenic stimulation, and thus provide an important innate defense against virus infection and cancer. NK cell responses in primates are regulated in part through interactions between two highly polymorphic molecules, the killer cell immunoglobulin-like receptors (KIRs) on NK cells and their MHC class I ligands on target cells. A number of studies have linked KIR and HLA class I polymorphisms to differences in the ability to control HIV-1 infection; however, functional studies to address the significance of KIR-MHC class I interactions on NK cell responses have been limited by the lack of defined ligands for KIRs in non-human primate models. We identified many of the first MHC class I ligands of rhesus macaque KIRs (21423672, 24453246, 30232137) and demonstrated that viral peptides bound by these molecules can modulate NK cell responses (Schafer et al. PLoS Pathog. 2015. 26333068). One implication of these observations is that viruses may acquire changes in epitopes that increase the binding of MHC class I ligands to inhibitory KIRs as a mechanism of innate immune evasion.

Studies from our lab have also contributed to our understanding of the role of antibodies in directing NK cell killing of virus-infected cells by antibody-dependent cellular cytotoxicity (ADCC). We developed an assay for measuring the ability of antibodies mediate ADCC against HIV-1- and SIV-infected cells expressing native conformations of the viral envelope glycoprotein (Alpert et al. J. Virol. 2012. 22933282). For its physiological relevance, sensitivity, broad dynamic range and reproducibility, this assay was selected as one of six primary variables for the immune correlates analysis of the RV144 vaccine trial (Haynes et al. N. Engl. J. Med. 2012. 366: 1275 22475592). Using this assay, we found that the same structural features of Env that confer resistance to neutralization also protect virus-infected cells from elimination by ADCC (von Bredow et al. J. Virol. 2016. 27122574). We also recently identified an antibody that directs ADCC against SIV-infected cells, but does not neutralize SIV infectivity (von Bredow et al. mBio. 2020. 31266872). The uncoupling of ADCC from neutralization can be explained by the relatively low affinity of this antibody for SIV Env and illustrates how differences in binding affinity can result in qualitative differences in antiviral activity.