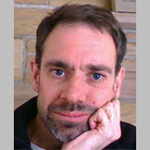 Dr. Atwood has diverse research interests based around the “Reproductive-Cell Cycle Theory of Aging” (Bowen and Atwood, 2004; Atwood and Bowen, 2011). This theory introduces a new definition of aging that has facilitated the conceptualization of why and how we age at the evolutionary, physiological and molecular levels. The basic premise behind the research is that hormones that regulate reproduction in mammals act in an antagonistic pleiotrophic manner to control aging via cell cycle signaling; promoting growth and development early in life in order to achieve reproduction, but later in life, in a futile attempt to maintain reproduction, become dysregulated and drive senescence. In essence, this theory proposes that reproductive hormones regulate our aging by modulating the life cycle of cells. Importantly, the theory is not simply a philosophical work; it has immediate and practical implications for extending longevity and delaying/preventing age-related diseases.

Below are some of the different research themes ongoing in the laboratory.