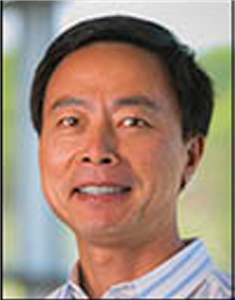 Our laboratory intends to address how functionally diversified neuronal and glial subtypes are born in the making of our human brain. We have developed models of neural differentiation from mouse, monkey, and human pluripotent stem cells, including embryonic stem cells (ESCs) and induced pluripotent stem cells (iPSCs). In these in vitro models, neural differentiation recapitulates key events that occur in early embryo development, including induction of multipotential neuroepithelial cells that form neural tube-like structures, patterning of region-specific neural progenitors, and generation of neurons and glia with particular transmitter or functional phenotypes. In parallel, we are building transgenic human stem cell lines with regulatable gene expression. Together, we are dissecting biochemical interactions underlying the cellular differentiation processes under defined conditions. Such studies will hopefully bridge what we have learned from animal studies to human biology.

Over the past decade, we have demonstrated that neural differentiation from human ESCs follows similar fundamental programs that operate in vertebrate animals. We did identify unique transcriptional network orchestrated by a transcription factor PAX6 that determines the neuroectoderm fate in humans. We also found special utilization of common signaling pathways in specific lineage differentiation at a particular developmental stage. With the understanding of transcriptional and epigenetic regulation of subtype neural specification and discovery of neuroectoderm-determining factors, we are attempting to re-pattern or re-program specialized neural cells to needed cell types, a concept that is used for reprogramming somatic cells to iPSCs. This exploration will potentially lead to the repair of injured or diseased brain by endogenous cells.

By introducing disease-provoking genes into ESCs or by activating the pluoripotent state or direct neural conversion of genetically mutated adult cells such as those from spinal muscular atrophy, ALS, Parkinson’s disease, and leukodystrophy patients, we are creating model systems in which cellular and molecular pathological processes may be analyzed in bona fide human neurons and glia in a simplified environment. Such systems may be transformed to templates for discovering pharmaceuticals for treating these devastating neurological conditions.

With the identification of the primitive neural stem cells, we have successfully directed human ESCs and iPSCs to regionally and functionally specialized neural cells, including cortical glutamatergic neurons, striatal medium spiny GABAergic neurons, basal forebrain cholinergic neurons, midbrain dopamine neurons, spinal motoneurons, oligodendrocytes, and region-specific astrocyte subtypes. The specialized neural cells produced from normal human stem cells in our laboratory are being tested for their therapeutic potential in animal models of neurological diseases such as Huntington’s disease, Parkinson’s disease, amyotrophic lateral sclerosis, brain/spinal cord injury, and multiple sclerosis. Our long-term goal is to translate our understanding of the regulatory machinery of human neural subtype generation to the re-building of our injured or diseased brain.