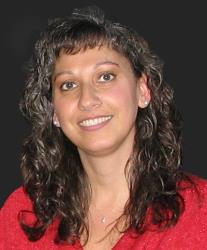 The adult CNS (central nervous system) has the amazing ability to adapt to and compensate for deficits in neurologic function after CNS injury or neurodegenerative disease. Our laboratory is interested in understanding the contributions of the CNS immune system to this adaptation. Microglia, the only resident CNS immune cell, display astounding phenotypic plasticity, enabling them to respond and adapt to all aspects of CNS health and pathology via their production of both inflammatory/neurotoxic and reparative/neurosupportive factors. Little is known about endogenous cellular mechanisms used by microglia to self-regulate their transition to the reparative/neurosupportive phenotype during chronic disease, functions that ultimately limit CNS damage and promote protection.

The overall goal of our research is to investigate the cellular and molecular mechanisms that regulate microglial phenotype and function as they contribute to CNS pathology and recovery in chronic neuroinflammatory disorders. To study microglial plasticity in chronic neuroinflammatory disease, one of our main research models is exposure to repetitive episodes of intermittent hypoxia (IH), a hallmark of sleep disordered breathing (e.g. sleep apnea). We have identified critical transitional periods in the microglial phenotype that occur between inflammatory and reparative/neurotrophic phenotypes over the course of IH exposure. The specific timing of these effects and the elaborate shifts in classes of genes expressed at these times suggest that microglia utilize tightly regulated mechanisms to control their activities during CNS adaptation to chronic injury. Our data suggest a critical role for epigenetic processes (e.g. histone demethylation and microRNAs) in the mechanisms employed by microglia to initiate transitions between inflammatory and neurotrophic phenotypes. We focus in particular on the signal transduction and gene transcriptional mechanisms used by microglia to enable these shifts in their function. Our exciting recent observations indicate that exposure of pregnant dams to IH (to mimic sleep apnea during pregnancy), can reprogram fetal microglia such that the adult offspring have both impaired cognitive behaviors (sex-specifically), and sleep apnea themselves, propagating the cycle to their own offspring. Current studies are aimed at investigating the epigenetic mechanisms responsible for fetal microglial reprogramming and the consequences on adult offspring behavior.