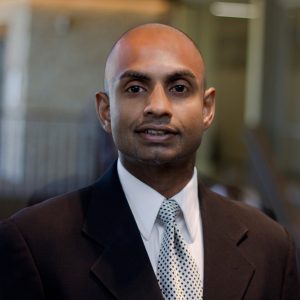 Dr. Shanmuganayagam’s research focuses on the development and utilization of pigs as homologous models to close the translational gap in human disease research, taking advantage of the overwhelming similarities between pigs and humans in terms of genetics, anatomy, physiology, and immunology. He and his colleagues created the human-sized Wisconsin Miniature Swine (WMS™) breed that is unique to the university. The breed exhibits greater physiological similarity to humans, particularly in vascular biology and in modeling metabolic disorders and obesity. He currently leads genetic engineering of swine at UW. His team has created over fifteen genetic porcine models including several of pediatric genetic cancer-predisposition disorders such as neurofibromatosis type 1 (NF1). In the context of NF1, his lab is studying the role of alternative splicing of the nf1 gene on the tissue-specific function of neurofibromin and whether gene therapy to modulate the regulation of this splicing can be used as a viable treatment strategy for children with the disorder.